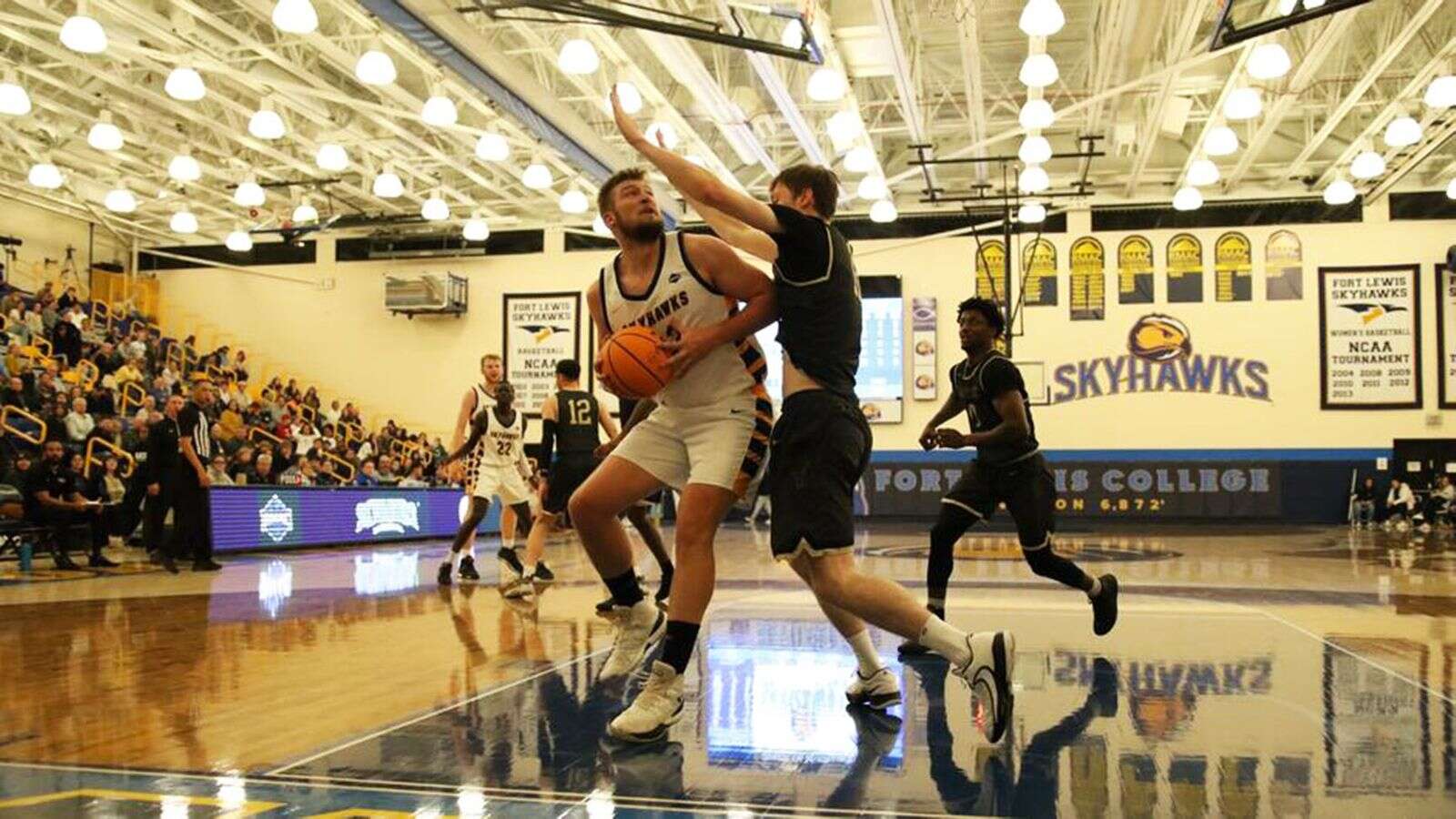 FLC go up to 14-1 overall and 8-1 in RMAC play, while Chadron State falls to 8-8 overall and 5-5 in conference play. Boatwright, who scored his sixth point in Friday’s game, is a five-year veteran at the senior center and has surpassed his 1,000 points mark in his FLC career.

“It’s always difficult to get on the road at RMAC,” said head coach Bob Pytrak. “(Province Chadron) got off to a good start, but I thought they had the upper hand on all fronts. After a 13-point run that took the lead, we never looked back. I felt like I really pushed it up a notch, but with five guys in double digits, it was really a collective effort. I am proud to have added over 1,000 points to his impressive career.”

Chadron was full throttle from the start and had a 9 point lead behind 10 consecutive points from Isaiah Wyatt. However, the FLC responded, scoring 13 points in 3 minutes and 59 seconds of play and Sekou on a Dembele layup that gave him a 19–15 lead.

The Skyhawks followed up with another pair of small 5-point runs, but it was a shooting struggle that plagued the Eagles. Chadron State, who shot 31.43% (11-35) from the field in the first half, trailed his FLC 39-28 at halftime.

Wyatt and the Eagles had shooting successes in the second half, but the Skyhawks had a 20-point lead and could never get Chadron within 10 points.

Boatwright finished the night with 2 assists and 9 rebounds for 19 points. Dembele also had 10 rebounds and eight points on Friday, just short of a double-double. Jaqueiron Mays also scored his 14th, Obihi Agbin and Aquelcott each scored his 13th, and Brendan LaRose scored his season-high 11th to round out his double figure scoring for the FLC.

The Skyhawks are back in action today against the Colorado Christian Cougars.Tip-off at Lakewood is scheduled for 7:00 PM