Greenwood — Hunter Houston won many games and threw many touchdown passes at Greenwood.

But those aren’t the most cherished memories of his illustrious career with the Bulldogs.

“All the good times we practiced, all the little breaks we had, dancing on the sidelines, joking, throwing water at people. ‘That’s those little fun moments.'”

Houston led the Bulldogs to a full 6A-West Championship and two consecutive Class 6A State Championship games this season, never losing at home in his three-year career.

This season, Houston threw for 3,684 yards and 33 touchdowns. Last year he threw for his 3,098 yards and his 27 touchdowns, and in 2006 and his 2007 Tyler he became the first Greenwood player to throw over 3,000 yards in consecutive seasons since Wilson. became a quarterback.

“It’s pretty good,” Houston said. “I know how good he is and what he’s been through, so I’m so happy he got to have the same conversation with him.”

It’s safe to say that Greenwood and Houston are three plays away from winning back-to-back state championships.

He was forced out of the state championship game last year after injuring his head on a second-quarter sack. lost to

In this year’s state championship, the Bulldogs dropped what was supposed to be a touchdown and another pass went through the receiver’s hand, resulting in an interception and a touchdown by the Pulaski Academy, going 42-35. I won.

Houston will undoubtedly be remembered as one of the toughest players to play the coveted position at Greenwood.

This year, he twisted his knee again, had a hip pointer, and suffered another shoulder injury.

Still, the thought of giving up never crossed Houston’s mind.

“No, I never thought of that,” Houston said. “It was just a matter of getting over it and going on.”

Physically, injuries still presented obstacles, but he and his position coach, former Greenwood quarterback Stephen Hogan, overcame them as well.

“There was a time when I turned to Coach Hogan and said he can’t throw 25 yards,” Houston said. “He’ll say throw 20.”

Houston was patient and determined not to miss his senior season, spending a lot of time at the trainer’s table.

“He had labrum surgery, which is a big deal,” Greenwood coach Chris Young said. “He got over it.”

Despite the illness, Houston’s accuracy was still amazing regardless of the pass.

“He was incredibly accurate,” said Young. “We’ve had some good quarterbacks here, but he could make every throw. Coach Hogan kept his within-target stats and he was 82 percent. It wasn’t just the short throws. We threw the ball more often vertically because people were trying to get rid of the hitch screen. He was throwing the ball with incredible accuracy.

Accuracy was something Houston worked on.

“It was always something. I never tried to overthrow. If I had to take something off a bit to get it in the right place, my right shoulder, my left shoulder, I would try to throw it at someone.” Instead, they will,'” Houston said.

Perhaps more than anything else, it was Houston’s decision-making ability that made him one of the best quarterbacks in the state.

“In our offense, most of the time we have a passing concept on the right, a passing concept on the left, and then a running tag,” Young said. “It’s up to the quarterback to make the right decisions based on numbers and leverage. With Hunter, I never questioned where the ball was going. He made the right decisions 99.9% of the time. His accuracy and knowledge of offense, and his understanding of defense, is what makes him special.”

Houston finished his career with 7,310 yards and 66 passing touchdowns. His career-best game was his 441 his yards at Russellville this season. He threw his pass for five touchdowns against Van Buren, seven times in his career, and in one game he threw four touchdowns.

In the championship game loss against Pulaski Academy, he went 43-28, passing for 369 yards and 3 runs.

“It’s how he continued to improve throughout his career,” Young said. “Not only was he a great player early on, he never stalled or flattened out. It was the best match I’ve played this year.”

Houston is a multi-sport athlete. He took two days off after the championship game and joined the basketball team in time for an out-of-state tournament. I am really looking forward to joining the baseball team.

“I like whatever the season is, but maybe football, maybe baseball,” Houston said. “I missed baseball last year. I’m looking forward to it.” 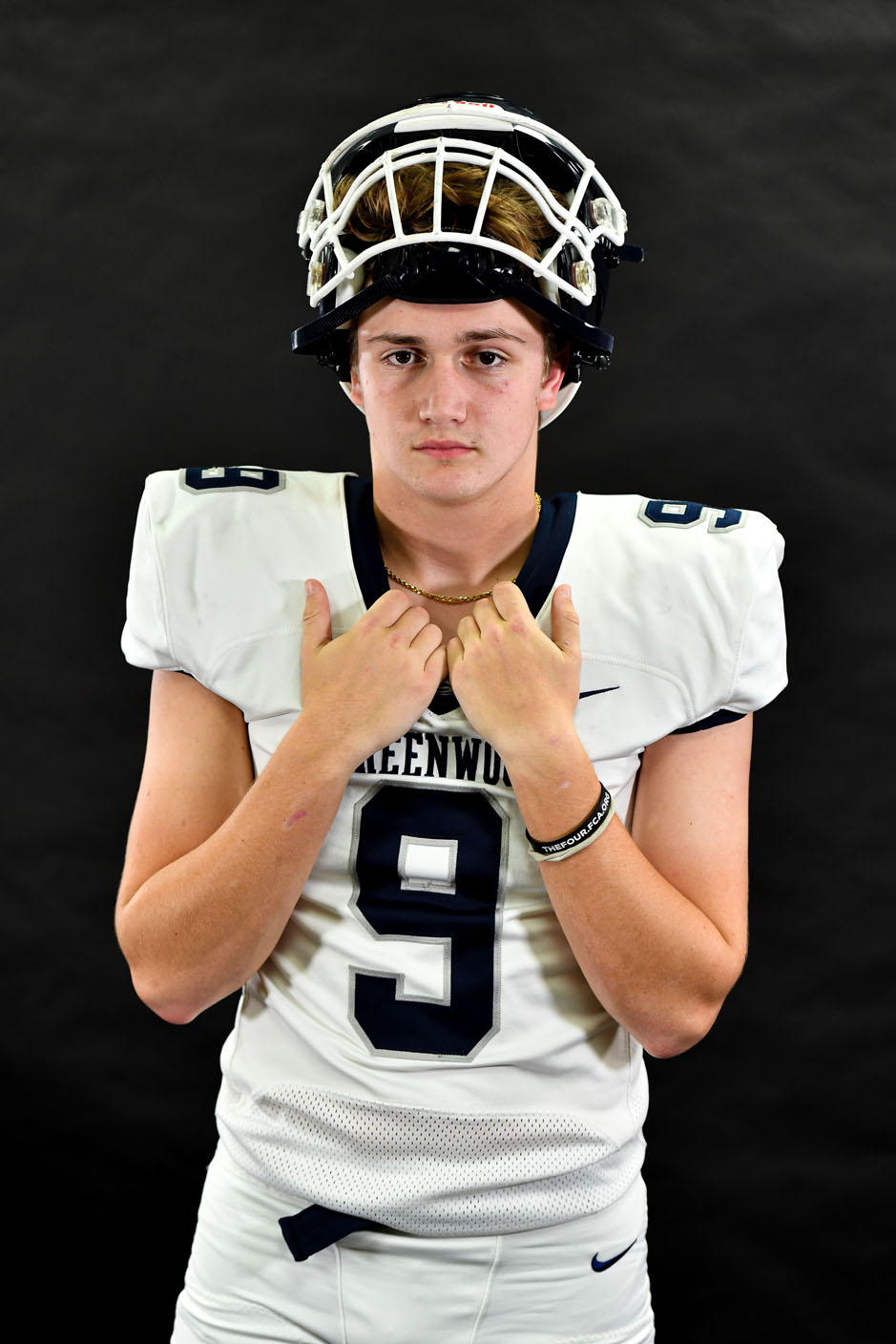